FAQ SERIES: What's the Difference Between Operating and Finance Leases?

Meanwhile, the FASB decided to maintain a classification system where leases are either categorized as operating or financing. For companies required to comply with ASC 842, here’s what you need to know about the differences between operating and finance (previously called capital) leases: 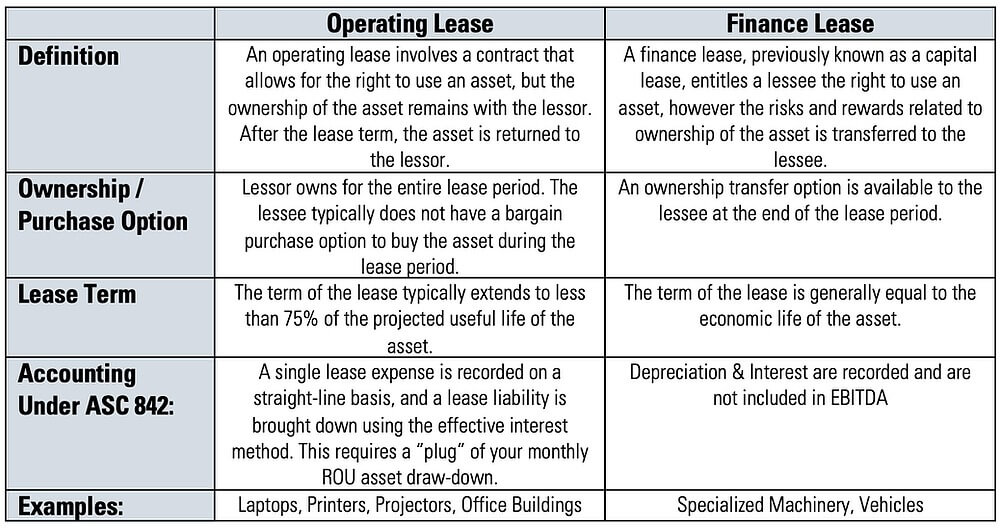 The FASB has made an effort to stress that there are no longer any “bright lines” like those that existed under ASC 840 that definitively qualified leases as either operating or capital. However, by maintaining the dual classification companies are left making determinations and establishing a line (however bright) between operating and finance leases. It should come as no surprise that under the new standard there are leases on the bubble that require classification determination that looks similar to the previous standard.